← more from
AGITATED RECORDS
Get fresh music recommendations delivered to your inbox every Friday.
We've updated our Terms of Use. You can review the changes here. 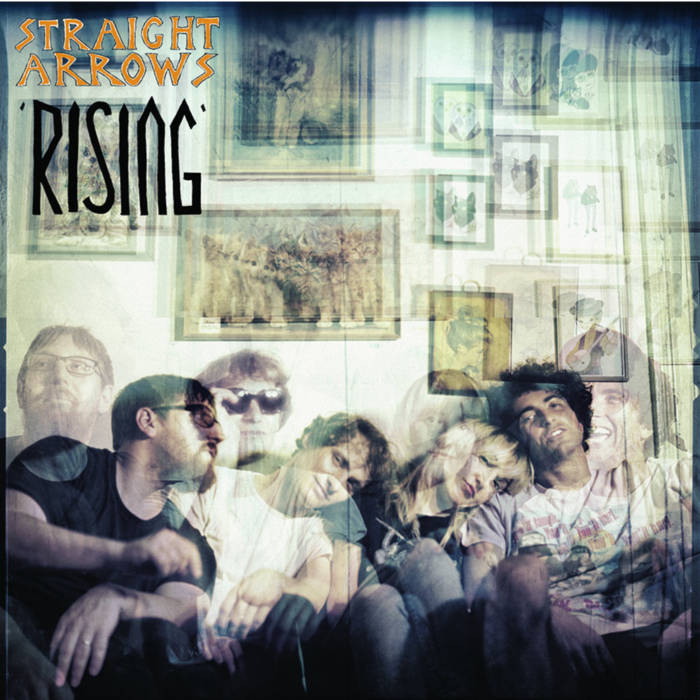 Rising is Straight Arrows’ second album half of which was recorded in frontman Owen Penglis’ house and the other half in his new, legitimate studio, set up after a neighbour started getting mad about all the quality 'medium fidelity' recordings happening next door.

Straight Arrows began with Owen Penglis yelling about getting dumped and kicked out of bands into a four-track cassette machine in his bedroom. Joined by friends Alex Grigg, Angela Bermuda, and Adam Williams with colourful musical pasts, the four have honed their reverb-laden, fuzzed out, DIY punk garage into scrappy perfection and, in the process gained an outstanding reputation for being ‘‘the band that will make you start your own band’’.

Since their inception Straight Arrows have pressed and sold out of internationally released 7”s, toured with friends Thee Oh Sees, Eddy Current Suppression Ring, The Black Lips, Jay Reatard (RIP) and Ty Segall and released their debut album ‘It’s Happening’ (Agitated, 2013) to a flood of praise. Bagging Album Of The Week from the likes of Australian radio stations FBi, 2SER, RTR and 3RRR, the record also landed them an invite to perform at the hugely respected Gonerfest in Memphis, Tennessee and a few rounds of touring the USA and Europe.

Bands have been queuing up to have Owen Penglis record and produce their music – the likes of Royal Headache, Circle Pit, Living Eyes, The Frowning Clouds, The Gooch Palms have all used his bathroom and in 2012 Owen produced and recorded the who’s who of the Australian Garage scene for a 40th Anniversary tribute to the hugely influential Nuggets compilation.

Rising is an exciting follow up to ‘It’s Happening’ and sees the band step things with their warm and dirty garage pop sound.

For fans of: Pebbles, Nuggets, Lollipop Shoppe, Kinks, and all that Brit-Invasion sound, but also all the new slew of garage chug, Oh Sees, Ty Segall, Black Lips…

Mixed at Goliath by Owen
Mastered by William Bowden in Tasmania

Bandcamp Daily  your guide to the world of Bandcamp